When Purell is Contraband, How Do You Contain Coronavirus? 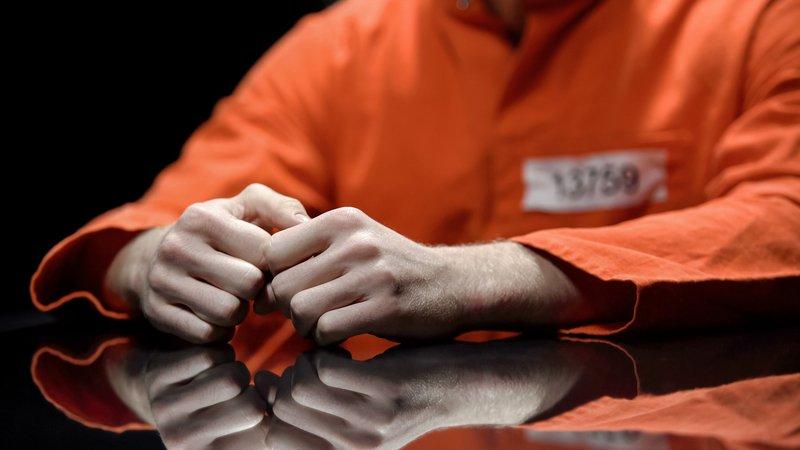 When Lauren Johnson reached for a squirt of hand sanitizer on her way out of the doctor’s office, she regretted it immediately.

In the Central Texas prison where she was housed, alcohol-based hand sanitizer was against the rules—and the on-duty officer was quick to let her know it.

“He screamed at me,” she said.

Then, she said, he wrote her up and she lost her recreation and phone privileges for 10 days.

The incident was a minor blip in Johnson’s last prison stay a decade ago, but the rules hold true today and underscore a potential problem for combating coronavirus: Behind bars, some of the most basic disease prevention measures are against the rules or simply impossible.

“Jails and prisons are often dirty and have really very little in the way of infection control,” said Homer Venters, former chief medical officer at New York City’s notorious Rikers Island jail complex. “There are lots of people using a small number of bathrooms. Many of the sinks are broken or not in use. You may have access to water, but nothing to wipe your hands off with, or no access to soap.”

So far, the respiratory virus has sickened more than 97,000 people worldwide and at least 200 in the U.S. More than 3,300 people have died. As of late Thursday there were no reported cases in American prisons, though experts say it’s just a matter of time. (Ed Note: These were the numbers as of March 6th, 2020. At time of this publication, they have increased. See current stats here.)

To minimize further spread, the Centers for Disease Control and Prevention suggests things like avoiding close contact with people who are sick, covering your mouth with a tissue when you cough or sneeze, disinfecting frequently-used surfaces and washing your hands or using alcohol-based hand sanitizer.

But these recommendations run up against the reality of life in jails and prisons. Behind bars, access to toilet paper or tissues is often limited and covering your mouth can be impossible if you’re handcuffed, either because of security status or during transport to another facility.

Typically, facilities provide some access to cleaning products for common areas and individual cells, but sometimes those products aren’t effective, and Johnson recalled women stealing bleach and supplies so they could clean adequately.

Hand sanitizer is often contraband because of the high alcohol content and the possibility for abuse (the alcohol can be separated out from the gel). A spokesman clarified Thursday that the Texas prison system now sells sanitizer on commissary, though it is a non-alcohol-based alternative, which is not what the CDC recommends.

Even something as basic as hand-washing can be difficult in facilities with spotty water access or ongoing concerns about contamination, such as in the recent Legionnaires’ outbreak at one federal prison complex in Florida. (Legionnaires is caused by contaminated water, though the source of that water is not clear in Florida).

Aside from all that, prisons and jails are large communities where a sicker-than-average population is crammed into close quarters where healthcare is often shoddy, and medical providers are often understaffed. In an infectious disease outbreak, health experts recommend separating sick people from well people to prevent the disease from spreading, but in prison that can be nearly impossible, since prisoners are already grouped according to security and other logistical considerations.

Given all that, correctional facilities often respond to outbreaks with the same set of tools: lockdowns, solitary confinement and visitation restrictions. That’s what some prisons and jails did during the 2009 swine flu pandemic, and it’s what happened more recently in the Florida federal prison complex struck by Legionnaires’. In Texas and other states, prison officials regularly shut down visitation or institute partial lockdowns during mumps and flu outbreaks.

This time, though, some public health officials—including former Rikers health official Venters—are proposing a different solution: large-scale releases, like those already underway in Iran. There, officials approved the temporary release of more than 54,000 prisoners in an effort to combat the spread of the new virus.

“That’s a gauntlet for the U.S.,” said Jody Rich, a professor of Medicine and Epidemiology at Brown University. “ Really? Iran’s going to do it better than we are?”

Advocates in Indiana on Thursday called on the governor to consider releasing large numbers of elderly and sick prisoners, who are at highest risk of complications from coronavirus. People with chronic illnesses are vastly overrepresented in U.S. prisons and jails, and elderly inmates are the fastest-growing share of prisoners.

Some in law enforcement immediately criticized the proposal.

“I don’t think a viable solution for the safety of our community is to have mass releases from jails,” said Joe Gamaldi, president of the Houston police union. “As much as we have to balance the dangers that coronavirus poses to the community, we also have to balance that against the danger of letting violent criminals back out on the streets.”

It’s not yet clear whether any prisons or jails are seriously considering widespread releases. A spokeswoman for the federal prison system did not respond to questions about the idea, instead saying that the isolating nature of prisons could be an asset in handling any potential outbreak.

“The controlled environment of a prison allows the Bureau of Prisons to isolate, contain and address any potential medical concern quickly and appropriately,” said Nancy Ayers, the spokeswoman. “Every facility has contingency plans in place to address a large range of concerns.”

By: Keri Blakinger
Title: When Purell is Contraband, How Do You Contain Coronavirus?
Sourced From: www.thefix.com/when-purell-contraband-how-do-you-contain-coronavirus
Published Date: Thu, 19 Mar 2020 07:37:03 +0000