These Homes for Mentally Ill Adults Have Been Notoriously Mismanaged. Now, One Is a Gruesome Crime Scene 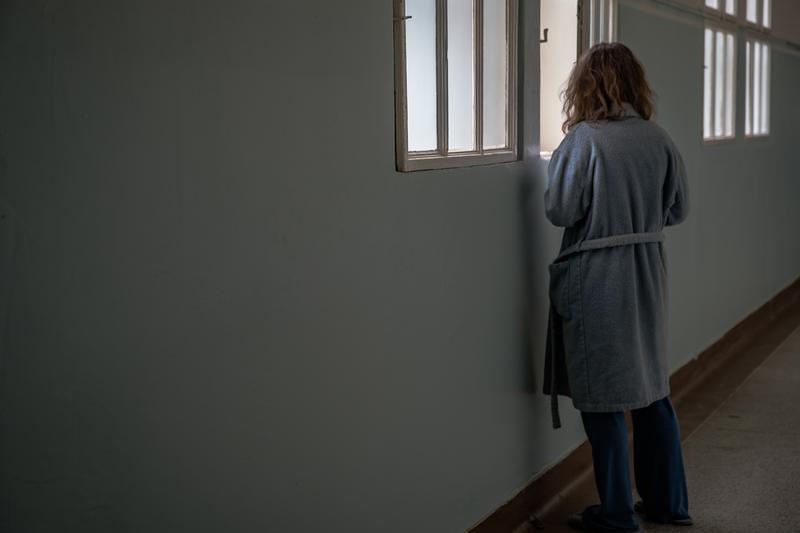 ProPublica is a Pulitzer Prize-winning investigative newsroom. Sign up for The Big Story newsletter to receive stories like this one in your inbox.

On the afternoon of Dec. 3, workers at the Oceanview Manor Home for Adults found resident Ann McGrory, 58, lying on the floor, lifeless, with her pants down around her ankles. She had cuts and bruises on her hands, head and face. By her side, seated atop his bed in Room 512, was resident Frank Thompson, 64, her sometimes-boyfriend who had a reputation at the home as a heavy drinker with a short temper. The aides called police. Thompson was brought into custody for questioning later that day and placed under arrest on Wednesday.

He is charged with second-degree attempted murder rather than murder because the medical examiner has not yet determined the cause of death to be a homicide, according to a law enforcement source. McGrory also had serious preexisting medical issues, including brain cancer. The criminal complaint, however, lays out evidence that McGrory was severely beaten. She was found with a bruised, swollen eye, blood on the back of her head, broken fingernails and what appeared to be blood beneath them. Thompson has not yet entered a plea. Brooklyn Defender Services, which is representing him, declined to comment because the case is in such an early phase.

The incident is the latest in a decades-long string of controversy at Oceanview Manor and other adult homes throughout New York City, which are occupied primarily by impoverished adults with mental illness but are gradually taking on seniors in need of assisted living.

In the spring of 2017, a ProPublica reporter spent parts of several weeks at Oceanview, where ill and unkempt residents could be seen eating from garbage cans and using outdoor dumpsters as toilets. They complained among themselves of thievery and predation, as well as failed intervention from state regulators. There were two deaths in a matter of weeks and police responded to several emergency calls there, including one related to a resident who had slashed another. At the time, an attorney for the home denied any stabbing, attributed the deaths to natural causes and said that comparing the current state of the homes to their scandalous history was unfair.

In 2002, a New York Times investigation found that adult home residents had been exploited for profit and received subpar health care. Disability rights advocates sued the state, arguing that mentally ill people had been warehoused in Oceanview and other adult homes in New York City, violating their rights under the Americans with Disabilities Act. After more than a decade of litigation, a federal judge ordered the state to assess and move out residents capable of living independently.

In 2017, lawyers representing the adult home industry sued the state on behalf of a single former resident at Oceanview, who allegedly decided to move into his own apartment under the new state program and then changed his mind, wishing to move back into Oceanview because he missed life there. Rather than allow the man alone to move back, the state agreed to temporarily suspend a rule limiting the number of mentally ill adults who can live in the homes. The state has reinstated that rule.

In spite of its problems, the home, like at least a dozen others, is moving into a state-sanctioned business model to care for the elderly and infirm. ProPublica reported this year that hundreds of mentally ill residents have been certified as assisted living recipients, which allows home operators to bill more for their care.

According to the complaint against Thompson, video surveillance footage at the home shows him and McGrory entering his room together at 2:35 p.m. At 2:50 p.m., McGrory opened and then closed the door to his room, but no one else entered the room. At 3:48 p.m., workers entered the room and later told police that they saw Thompson trying to remove McGrory’s pants. It is unclear whether McGrory was asking for help when she opened the door or what prompted the workers to ultimately enter the room.

McGrory was pronounced dead by Emergency Medical Services at 4:57 p.m.

“We are shocked and saddened by these horrifying allegations and are investigating,” said Jonah Bruno, a spokesman for the New York Department of Health, which oversees the home. He would not say whether the home’s administration had properly reported the incident, which would be part of the department’s investigation.

Asked what McGrory’s fate says about the home’s ability to care for people with such extensive medical and psychiatric needs, Bruno said, “Adult homes are capable of providing varying levels of care based on levels of need and are required under state law and regulation to only accept residents for whom they can provide appropriate care.”

Lisa Vider, the home’s administrator, did not return a phone call for comment on this story. But Jeffrey Sherrin, an attorney who represents Oceanview, said, “The incident is under investigation, and so far as we know, no cause of death has been determined. We are unable to comment, and we must also respect resident privacy.”

Fellow residents say both Thompson and McGrory had recently struggled at the facility.

Patricia Rosetti, 68, said she had shared a room with McGrory in the group home since 2014. “She was so lonely all the time,” Rosetti said. “She was divorced and had a son and it drove her nuts that she couldn’t see her family.” ProPublica made efforts to reach her next of kin but was unsuccessful.

Rosetti said McGrory had been repeatedly hospitalized for a variety of psychiatric and physical issues. Over the summer, Rosetti said McGrory had gone to the ocean wearing nothing but her underwear and came back scratched and bruised by the rocks. She spent the next couple of months in a mental hospital and was scheduled for an operation on her brain in January.

Rosetti said that McGrory had struck up a kind of relationship with Thompson, which worried the roommate because of his drinking. “I told her not to hang around with him,” she said.

Thompson’s roommate, Rufus Lane, 74, and his friend Johnny Lide, 69, sat across from Rosetti on a bench in a smoking section outside the home. They nodded as a fellow resident described Thompson’s temper but then came to his defense. “He would talk shit to me all the time,” Lide said, “but I never paid him no mind.”

Lane and Lide said that Thompson liked to drink but was not a violent person. They were surprised that he had been accused of hurting McGrory.

“That girl was his heart and soul,” Lide said. “I can’t see him doing no shit like that. That shocked the shit out of me.”

After about 30 minutes last Wednesday, workers at the adult home asked a reporter to leave the premises, saying it was private property.

This story was originally published by ProPublica.

By: Joaquin Sapien, ProPublica
Title: These Homes for Mentally Ill Adults Have Been Notoriously Mismanaged. Now, One Is a Gruesome Crime Scene
Sourced From: www.thefix.com/these-homes-mentally-ill-adults-have-been-notoriously-mismanaged-now-one-gruesome-crime-scene
Published Date: Mon, 03 Feb 2020 08:05:13 +0000