Cap Your Alcohol at 10 Drinks a Week: New Draft Guidelines 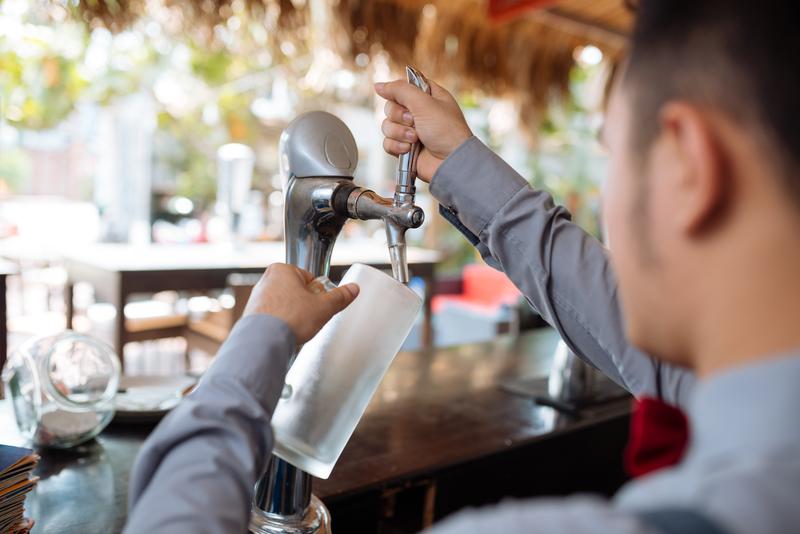 New draft alcohol guidelines, released today, recommend healthy Australian women and men drink no more than ten standard drinks a week and no more than four on any one day to reduce their risk of health problems.

This is a change from the previous guidelines, released in 2009, that recommended no more than two standard drinks a day (equating to up to 14 a week).

(If you’re unsure what a standard drink looks like, use this handy reference.)

The guidelines also note that for some people – including teens and women who are pregnant or breastfeeding – not drinking is the safest option.

What Are the New Recommendations Based On?

The National Health and Medical Research Council looked at the latest research and did some mathematical modelling to come to these recommendations.

It found the risk of dying from an alcohol-related disease or injury is about one in 100 if you drink no more than ten standard drinks a week and no more than four on any one day.

So, for every 100 people who stay under these limits, one will die from an alcohol-related disease or injury.

This is considered an “acceptable risk”, given drinking alcohol is common and it’s unlikely people will stop drinking altogether. The draft guidelines take into account that, on average, Australian adults have a drink three times a week.

Why Did the Guidelines Need Updating?

Recent research has shown there is a clear link between drinking alcohol and a number of health conditions. These include at least seven cancers (liver, oral cavity, pharyngeal, laryngeal, oesophageal, colorectal, liver and breast cancer in women); diabetes; liver disease; brain impairment; mental health problems; and being overweight or obese.

Some previous research suggested low levels of alcohol might be good for you, but we now know these studies were flawed. Better quality studies have found alcohol does not offer health benefits.

Read more: Health check: is moderate drinking good for me?

The new guidelines are easier to follow than the previous guidelines, which gave recommendations to reduce both short-term harms and longer-term health problems. But some people found these confusing.

Although women tend to be more affected by alcohol than men, at the rates of consumption recommended in the guidelines, there is little difference in long term health effects so the guidelines apply to both men and women.

The recommended limits are aimed at healthy men and women, because some people are at higher risks of problems at lower levels of consumption. These include older people, young people, those with a family history of alcohol problems, people who use other drugs at the same time (including illicit drugs and prescribed medication), and those with physical or mental health problems.

The guidelines are currently in draft form, with a public consultation running until February 24.

After that, there will be an expert review of the guidelines and the final guidelines will be released later in 2020. There may be changes to the way the information is presented but the recommended limits are unlikely to change substantially, given they’re based on very careful and detailed analysis of the evidence.

What’s the Risk for People Under 18?

The draft guidelines recommend children and young people under 18 years drink no alcohol, to reduce the risk of injury and other health harms.

The good news is most teenagers don’t drink alcohol. Among 12 to 17 year olds, only 20% have had a drink in the past year and 1.4% drink weekly. The number of teenagers who have never had a drink has increased significantly in the last decade, and young people are having their first drink later.

However, we know teenagers are more affected by alcohol than adults. This includes effects on their developing brain. We also know the earlier someone starts drinking, the more likely they will experience problems, including dependence.

The idea that if you give teenagers small sips of alcohol it will reduce risk of problems later has now been debunked. Teens that have been given even small amounts of alcohol early are more likely to have problems later.

What’s the Risk for Pregnant and Breastfeeding Women?

The guidelines recommend women who are pregnant, thinking about becoming pregnant or breastfeeding not drink any alcohol, for the safety of their baby.

Read more: Health Check: what are the risks of drinking before you know you’re pregnant?

Foetal alcohol spectrum disorder is characterised by a range of physical, mental, behavioural, and learning disabilities ranging from mild to severe – and is incurable.

Worried About Your Own or Someone Else’s Drinking?

If you enjoy a drink, stick within these recommended maximums to limit the health risks of alcohol.

If you have trouble sticking to these limits, or you are worried about your own or someone else’s drinking, call the National Alcohol and other Drug Hotline on 1800 250 015 to talk through options or check out these resources online.

Read more: Did you look forward to last night’s bottle of wine a bit too much? Ladies, you’re not alone