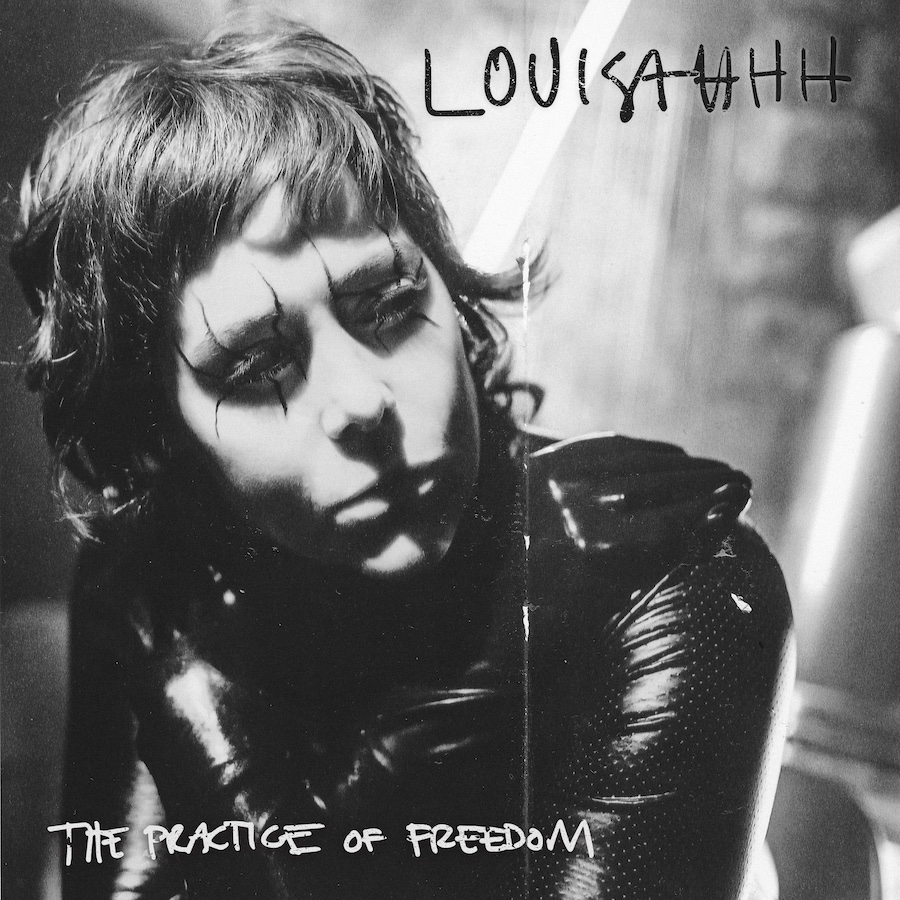 Called Techno’s next superstar by DJ Mag, Louisahhh expresses her musical liberation in her debut album, The Practice of Freedom. Walking in the footsteps of her uncompromising musical heroes Siouxsie Sioux and Shirley Manson, Louisahhh’s raw, anti-establishment message hopes to open the once bolted door to a fresh dawn of musical feminism. By embracing a new prototype of the “feminist submissive,” she willingly exposes her most vulnerable side to the modern punk scene and exclusionary club dance floors’ harsh glare.

Louisahhh believes she can play with the submissive female archetype, enjoying the raw sexuality of tradition while also being empowered and strong. She takes a dedicated stance to defend women’s innate rights anywhere in the world. Alongside her passionate feminism, Louisahhh does not shy away from expressing how sobriety is the cornerstone of her expression.

Indeed, being sober is what allows Louisahhh to venture into the darkest corners of her soul and come out of the shadows with a purity of creative expression. She does not shy from the naked truth in all its wonder and all its brutality. Soon that naked truth will be shared with the world: The Practice of Freedom can be preordered here in digital or album form.

In an exclusive interview with The Fix, Louisahhh details the role that sobriety plays in her creative process. She says, “Everything I do is working with the backdrop of addiction and recovery, not only in practical terms, like the things I do every day to stay clean and sober and sane, but also creatively. There are endless ways to frame, to navigate and to explore how this disease of addiction expresses itself and what healing looks like today. I’ve felt since early sobriety that getting to do this job, to exist in the sordid dens of nightlife as a recovered person, would mean grounding in and carrying the message as if my life depended on it, and I still believe that to be true.”

Produced by American musician, music video director, and photographer Vice Cooler, the inaugural release of The Practice of Freedom will commence on March 12, 2020 via the polysexual polymath label HE.SHE.THEY. Influenced by American alternative rock’s angst and honesty, Louisahhh’s music fights to provide an angry yet redemptive voice for her listeners, allowing them to revel in the intensity of both the dancefloor and the mosh pit. Nobody is excluded when she performs live.

Yet, Louisahhh, also known as Louisa Pillot, knows that performing in punk venues and dance clubs presents a danger to any sober human being. As she told mixmag in a 2017 interview, “It comes down to this: my sobriety is my responsibility and no one else’s. Drugs and alcohol are a part of my chosen career. There is no grey area: my recovery comes first and everything else falls into place. My recovery comes second and I’m fucked.”

Expressing this reality, Louisahhh utilizes barking dogs, industrial machines, and demonic screams on her dystopian anthem “Numb, Undone,” which will be released as the album’s first single. Beyond making her music, Louisahhh is committed to the craft of DJing, which earned her the cover of DJ Mag and mixes for Boiler Room, ID, DJ, NTS, and Electronic Beats. Explaining her success, Louisahhh says, “As far as I’m concerned, any success I have today is a direct result of this foundation stone of sobriety, and I am happy to say that it’s a really good deal.”

Complementing her musical explorations, she currently hosts a podcast series called Sober Sex with friend Rose Romain on Apple Podcasts, delving into questions of sexuality and creativity. In all arenas, Louisahhh never backs down from her authenticity. As it states on her Facebook artist’s page, she is “raw coal thrown at a wall still burning.” In her music and her recovery, she does not fear the primal flames.