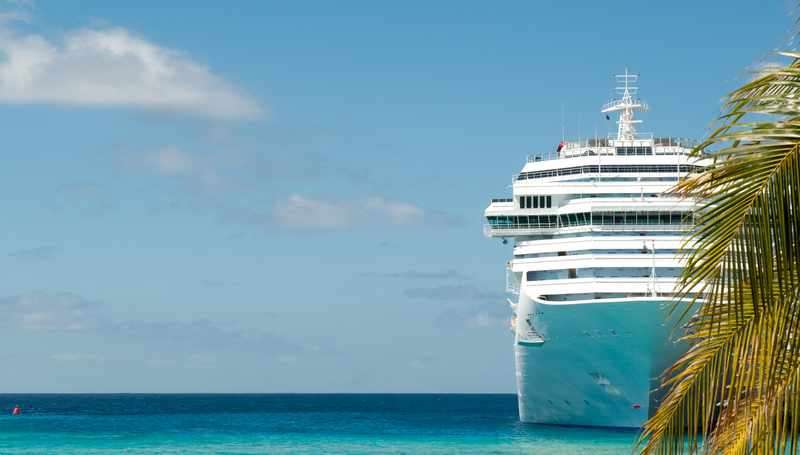 I will never know what it is to be a soldier having gone to war; however, I share a something in common with many – my PTSD diagnosis.

I hear a constant reverberation of helicopter blades, the sound bouncing off all of the high-rise buildings around me. Looking to my left, from my balcony, I see the beautiful blue of the ocean that once brought me great peace and tranquility, but now only brings me a visual association of death and helplessness. To my right, I see a concrete jungle. The only thing different about that today is the constant back and forth activity of helicopters, landing on the hospital helipad. They come, drop off, and head straight out to the port, where the cruise ship Zaandam now resides. The floating island containing dead bodies and sick people/exposed people to an (obviously) highly contagious and deadly disease has arrived.

My world has been invaded with the unknowns of this contagion, our entire world thrown into upheaval for several weeks now. An unpredictable series of triggers assaults my mental health. Even as I believed I may have come terms with this unstable “new normal,” this monkey wrench was hurled right at my sanity.

As is my everyday practice, I took the dog for our hour-long run/walk; however, we did not head in the direction of the beach as we normally do, but rather ANY other direction. These walks helped me process, but with the news that these boats had arrived last night, my hypervigilance and “fear-o-meter” has reached new heights.

I saw them pull into port. The realization that they were here brought the understanding that I now had a visual representation of the fear, doom, and helplessness I have been battling for over a month. That thin veil of denial that everyone desperately clings to, the one that sets us up with the hope “that can never happen to me,” evaporated. The contagion literally pulled up in my back yard.

The controversy of their arrival has been an argument of compassion versus safety in our home. He advocates for who he views as innocent victims. I battle on behalf of our safety and against those who knowingly and willingly put themselves in harm’s way for the sake of a vacation.

Sleep was not an option.

My exercise did not help me this morning. I did all the things I know to do — stay away from caffeine, breathing techniques, call people who love me, pet the dog, clean, etc. When the acceleration would not recede and I found myself shaking and choking back tears multiple times, I knew it was time to take things to a different level. I pulled out my “Open in case of emergency” bottle of Xanax, broke one in half and promptly consumed it. I then took to my internet and located my Human Resources documents that list out my mental health coverage and options. I left several voicemails with psychologists in my network, and even sent emails to those who provided an address.

The Xanax kicked in, I felt I had somewhat stepped back from the proverbial edge of the cliff and had taken control back by being responsible and reaching out for help. I got a little work done but found myself unable to concentrate (between the Xanax and the PTSD, I am not sure which one to blame), so I took my body out to the balcony for some good old-fashioned sunshine.

Headphones in, I made the conscious decision to turn my chair to face away from the ocean where I could view the boats. My chair now faced inland, toward the buildings of the once-bustling Fort Lauderdale center. Listening to soothing music, I closed my eyes.

A noise brought me out of my breathing exercise and movement caught my attention. Straight ahead, I watched a helicopter hover. It was over the helipad for the hospital. It never landed; instead, it took off as quickly as it arrived, flying directly over me to the ocean without ever touching down. Not understanding, I took my headphones off, searching for audible clues. The realization that they were bringing the sick inland to hospital struck like a bolt of lightning. No longer did I fear the virus, it was actually being flown directly over my head as helicopters created a carousel of deliveries.

It is one thing to know it is out there. It is completely different now that I know exactly where. I was fighting layers of pure anger and betrayal that my partner feels their presence should be celebrated while I feel absolutely compromised and endangered.

I went inside, shut all the doors. Closed myself in the guest bedroom and took the other half of the Xanax. My head started to pound relentlessly. My ability to feel safe was holding on by a thread and the more walls and doors I could put between myself and that deadly virus was the only thing I could focus on. At one point, I found myself standing in the laundry room with the door closed. It is the innermost sanctum of our home.

Even if I had words, I have no one to share them with who will not counter them. The thought of reaching out to any of my friends or family is not an option — we are all carrying our own fear factors. I will not bring my issues for them to carry as well.

I attempted a video conference, a desperate attempt at some form of normalcy and distraction, but had to drop off because I started crying. (I have never been so happy for the mute button in my entire life.) I lay down, wrapped up in many blankets despite the warm Florida weather, and let the Xanax finally take me to my safe place of relaxation and sleep.

I woke up about an hour ago to sounds of helicopters, their distinctive chatter overpowering the soothing sound of the bedroom fan. My headache promptly returned.

My brain says I am safe, but my emotions, my heart, and my gut say I am not. The juggle between them triggers my fight or flight instinct over and over. This entire transition has fostered my feeling of being alone, but I now feel utterly isolated.

I have no other choice but to stay inside, wait and see, and ride out each and every trigger that rears its ugly head. I hope a doctor will reach out to me soon. I don’t really know what good it will provide me other than being in the presence of someone who understands, even if my words fail.

I avidly hate this.