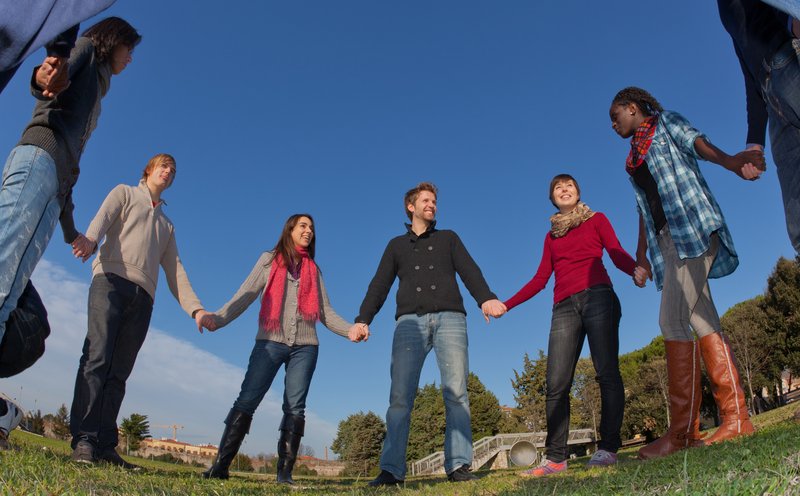 I was an AA member for decades. While I no longer consider myself a member, I can still distinctly recall being comforted by sitting betwixt all my AA brethren, yet simultaneously squirming uncomfortably in my seat when pretty much everybody seemed to agree with the speaker as he shared about how all the good stuff comes from god, while all the bad stuff comes from us, from human nature, from the human will. This is misanthropic, entirely false, yet still an integral component in the conservative, anti-progress, anti-knowledge, and anti-science mind set of Christianity, as well as the branch or sect that is Alcoholics Anonymous.

Ultimately, this inability to recognize that all kinds of good stuff is quite natural and quite human cannot be reconciled with AA and the original sin, anti-nature doctrine which sits at AA’s roots. Homo sapiens is itself the source of all the good stuff which we credit ‘God’ with: the psychic change we recovering alcoholics and addicts undergo, the personality transformations, the will to grow, to become a better person, the joy we get from teamwork and helping others, the enjoyment and enthusiastic embrace of sobriety itself, and of the more fulfilling life which it allows us to experience. 100% all-natural stuff. No higher power required. All human.

To me it is far more plausible that this is all the result of the species Homo sapiens evolving a brain which thrives on both working with, and helping, others. Team-work and altruism were evolutionarily advantageous to those individuals who engaged in them. We evolved to be a eusocial, team-working organism. Like ants, but with thoughts and emotions.

The individual human did not survive long going it alone, all by themselves, on the African savannah of 100,000, 1 million, 2 million years ago. Those who enjoyed working with others were more ‘fit’ than those who did not. Over the course of several millions of years, as we became Homo habilis, Homo erectus, then Homo sapiens, we survived and reproduced successfully, increasing our propensity to enjoy teamwork and helping others throughout subsequent generations. That’s how evolution works.

Those of us who got pleasure from working together and helping others were more likely to survive and reproduce successfully than those who were more inclined to go it alone. Being a part of a larger whole can have numerous benefits, and some species evolve to emphasize this aspect. Think termites versus tigers, for example. This is so especially when there are definite respects in which, when we Homo sapiens combine ourselves, we are indeed, quite literally, scientifically, greater than the sum of our parts.

Think Hegelian dialectic, that whole Thesis + anti-thesis = synthesis thing we learned in Intro to Philosophy, or maybe in History 101? Or think about that aphorism: two minds are better than one. Maybe even exponentially so. This is because of the nature of human intelligence. Now, this might get a tad academic, but only for a brief paragraph or two. Hang in. It’s worth it.

Human intelligence is different from that of the other animals because it is both accretive and mutualistic, significantly more so than even our closest relations on the evolutionary pathway. That is, our knowledge accumulates, piling one layer upon the last, and qualitatively transforming with each new addition. Plus, our knowledge can be shared between humans. In peacetime or in war, between family, friend or foe, we exchange knowledge, and with each inter-change, again, our knowledge can be qualitatively transformed.

Or, we can not. Homo sapiens also has the capacity to stick our head in the sand, dig in our heels, turn a blind eye, or whatever metaphor you choose to describe the more conservative, reticent, entrenched mind-set which Homo sapiens is also capable of. Both are ‘natural’ to human beings. The question is, which one do we wish to nurture, embrace, and encourage.

AA’s Big Book has not changed a single word of its primary text since its antediluvian author/s put pen to paper nearly a century ago. For those AA members who fear for AA’s longevity, this simple historical fact should be recognized as pinpointing the one single factor which, above all else, threatens to render Alcoholics Anonymous moot, to make it fade from relevance, make it a thing of the past.

I know, I know: this is why I never get published. Too academic, too scholarly, too intellectual. But there are two conclusions which are vitally important. If you’ve stayed with me thus far, kudos. Here’s the big reward, the pay-off…

1. Christianity, and by extension AA, is deeply rooted in misanthropy, the belief in ‘original sin’ and the need for assistance from a ‘higher power’ of some super-natural or ineffable kind. We humans are supposedly so fucked up that we are merely the source of all our own problems, and never the source of any of the solutions. The best we can do is surrender, give up, let go of our will. We are all bad. Only something other than us can solve our problems. I refuse to buy such a negative, anti-nature, anti-human message.

Contrary to this traditional mode of thought, nature and human beings are not all bad and evil. So far as all worldly evidence suggests, in fact, nature, and specifically human nature, is the true source of much that we hold quite dear, including justice, morality, altruism, compassion, kindness, teamwork and love.

Human beings have an essential need to progress in light of facts, of truth, and of science, to change and transform as we acquire more and different knowledge. This is definitive of the animal Homo sapiens, both on the individual, micro level, and on the group, macro level as well. Now, not all that is natural is necessarily good, right? We are also naturally inclined to all sorts of negative things as well, I readily admit. The question is, which do we choose to embrace, to encourage, to nurture?

As with Christianity’s Bible and Islam’s Quran, the Big Book remains the accepted instruction manual, old and outdated though it may be. Such conservative forces could be standing in the way of essential progress.

Acknowledging the cumulative and shared nature of human intelligence means recognizing the importance of change, progress, science, and perpetually learning anew. This is about the fundamental importance of trying to better understand how it really works, what are the true factors which make for successful recovery, the true operative principles.

Look, even if you’ve got yours, not everyone else does. We are only reaching a small percentage of those in need. By whatever metric you choose to acknowledge, AA and its various offshoots help only a small percentage of the worlds millions, perhaps billions, of suffering alcoholics and addicts. What is AA doing about the need for progress in improving our evidence-based understanding of the fundamental principles of recovery, so that we can bottle them up, so to speak, and get them to those still in need?

Christianity and AA are inherently conservative forces, opposed to science and human progress at a fundamental level. The first 164 pages strongly intimate we’ve already figured it all out. But we know that’s not true. We could start to figure it out, for real. But the old answers genuinely hinder any efforts to do so. They point us in the wrong direction, impede our progress by presenting the problem and solution inaccurately, by reinforcing the belief that the problem is “spiritual,” the belief that the solution to the problem is already in hand.

2. Our evolved penchant for teamwork may be the true power behind the throne, the primary force at work in Alcoholics Anonymous: the psychological/emotional uplift which we feel within us, which evolved to reward us for teamwork, working with others, inter-connection, and helping those in need.

Your gut sense that what does most of the heavy lifting in AA is essentially community, immersing one’s self in supportive team-human: I think that’s spot on, as they say across the pond. Teamwork and community is what it’s all about, and what keeps AA viable despite all of the detritus and baggage, because we evolved to be the tribal, community-oriented, team-working animals which we are today.